Summer is over and so is our year-long project for Ubisoft. We are going to Paris to show it off this week (maybe more on that in the next update) and then we are done. This means the dust has settled and we are in full production of Dungeon Game Aron’s Adventure!

Both of us thought it would be cool to bring our fans along for the next year-or-so of production and be transparent about what we make. We will be more active in our Discord, so if you have any questions feel free to ask on there. Otherwise we will publish a post of what we did during the previous week every Monday. (Letting you know in advance, we may miss one or two due to holidays where we will just collapse and sleep, so don’t worry!)

Just another massive thank you to everyone who supported our greenlight before the summer! We received incredible support and reached 17th out of 3200+ games that were on there at the time. 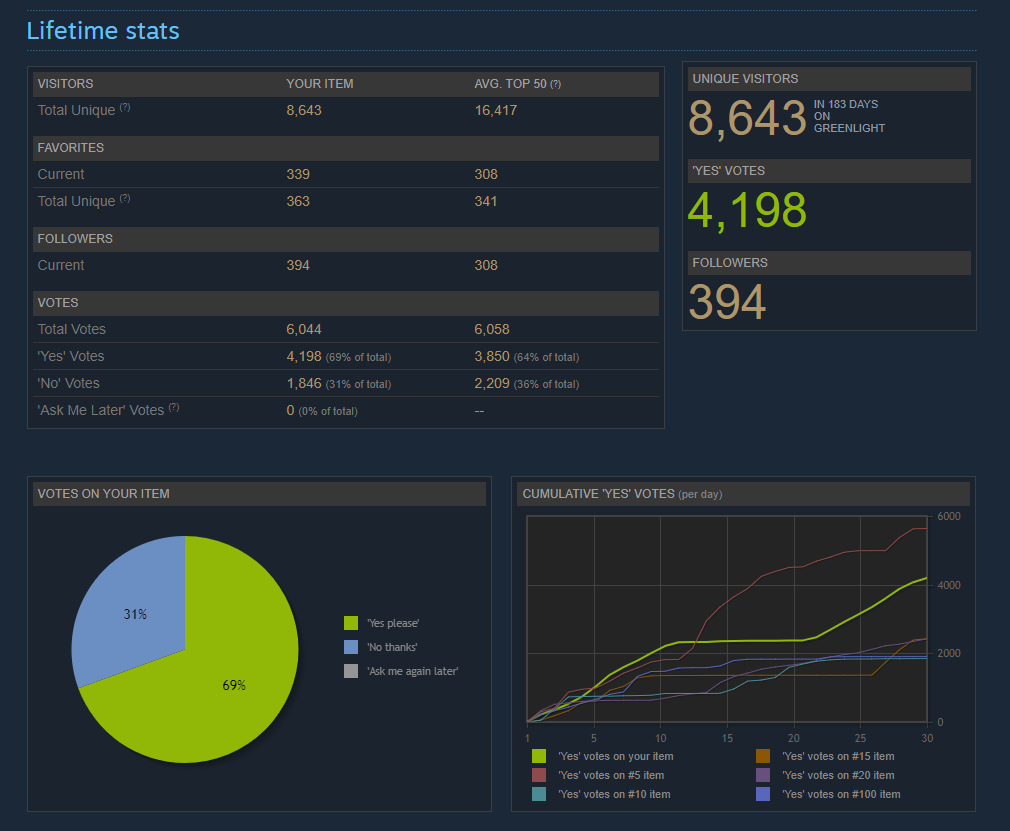 With all the art and character changes Tim has been reworking the character movement and combat. We’re both fans of games like Witcher 3 and Shadow of Mordor, so the way the movement and combat will feel will be (we hope) like those games. We are currently creating sword and shield combat (with potentially branching out into different weapons later). In combat players can attack, block and roll. We also have dashes, stabs and other combinations of attacks.

Tim also made a bow for long range combat. So far, it’s early on but we want to have different abilities for the arrows the character shoots.

I’ve been working inside UE4’s (the game engine we’re using) Blackboards to create behavior trees for enemies. I’ve worked a lot with AI but blackboards are new for me so it’s quite interesting.

We started setting up a stealth system for player that want to play that way. Hitting surfaces makes sounds which enemies can hear. Enemies will investigate anything suspicious and patrol areas.

Of course, running makes more sound, walking less and crouching is almost unnoticeable (unless you're seen!).

I’m also making several archetypes of enemies (grunts, captains, archers, bosses etc.), but more on those in the upcoming weeks!

I’d like to know everyone’s’ opinion on these kinds of posts. Would you like to see more content every week? Less? Do you have any feedback or suggestions? Message any one of us on Discord, we read your messages!


Cheers, and see you next week!